Well well well.  Batman Arkham Videos (Youtube channel) posted a video that shows off the ridiculous in-game graphics of the newly announced Batman: Arkham Knight.  The first half of the video contains details about the game.  If you want to leave the gameplay unspoiled and get to the good stuff, skip to 2:15 to see the screenshots.

Looks insane!  THIS is why it’s good to see games not developed with the idea of having the game be able to run on the aging 360/PS3 hardware.  October can’t come fast enough. 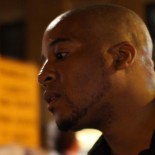 View all contributions by Fahnon Bennett