Variety.com is reporting that Homeland actor Rupert Friend will replace the late Paul Walker in Fox International’s Agent 47.  The film is a reboot of the live action adaptation of the Square Enix game Hitman. The English actor is not particularly known for action films, his most celebrated films being , Pride and Prejudice (2005) , The Boy in the Striped Pajamas (2008) and The Young Victoria (2009).

According to Deadling.com ,  Agent 47, an action film that was written by A Good Day To Die Hard‘s Skip Woods and Michael Finch and will be directed by Aleksander Bach, a highly regarded commercials director making his feature helming debut.

Hopefully we get a film adaptation of Hitman that does the bald-bar-coded assassin some justice. Unlike 2008’s Hitman staring  Timothy Olyphant  , 20th Century Fox is only handling the distribution of the film with Square Enix and Fox International in control of production.

Are you looking forward to another live action take on Agent 47? 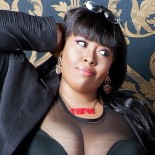