Jesse Eisenberg To Give Lex Luthor A Facelift | We Nerd Hard

Director Zack Snyder is determined to turn the DC Universe on its head.

After making the surprising decision to cast Ben Affleck as Batman in the crossover sequel to Man Of Steel , Snyder has once again flipped the script. Earlier today Warner Brothers Pictures announced two more casting decisions: Jeremy Irons as  Alfred, and Jesse Eisenberg as Lex Luthor. Irons seems a straightforward choice to play the Batman’s confidant and caretaker. His body of work is long and varied, and he finds himself in good company in the role, joining ranks that include Alan Napier, Michael Gough and Michael Caine.

Eisenberg as Lex Luthor, though, is a bit harder to swallow. Luthor, arguably the most nefarious and notorious of Batman’s enemies, requires more of a brooding edge than we’ve seen from Eisenberg. Usually awkward, twitch and mumbly, the just 30 year old Eisenberg will certainly bring a new hue to the character. On his decision to cast Eisenberg, Snyder said:

Lex Luthor is often considered the most notorious of Superman’s rivals, his unsavory reputation preceding him since 1940. What’s great about Lex is that he exists beyond the confines of the stereotypical nefarious villain. He’s a complicated and sophisticated character whose intellect, wealth and prominence position him as one of the few mortals able to challenge the incredible might of Superman. Having Jesse in the role allows us to explore that interesting dynamic, and also take the character in some new and unexpected directions.

What do you think of the latest cast updates? 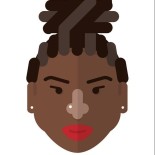