#WeNerdHard Review: HER | We Nerd Hard

Joaquin Phoenix in HER

The trailers sort of weirded me out. I made jokes with my wife and friends that I had already seen this movie on Big Bang Theory when Raj started dating Siri, the iPhone virtual assistant. I also am not a big fan of Joaquin Phoenix. There’s something about his acting style that irritates me. If I’m given a choice, most times I will lean away from Joaquin films (Gladiator being the exception to the rule). I say all of this to let you know, dear reader, that when I walked into the film there were a lot of strikes against it. Had my in-laws not been in town and the movie wasn’t playing at the awesome theater that serves beer and wine during the movie, I would have skipped it.

I’m ecstatic that I didn’t.

Her is a 120-minute “love story” according to its writer and director Spike Jonze. I’d be hard-pressed to argue he was wrong. In the future setting of Her (which feels eerily close to present day which adds to the layers of creepy that the movie plays with) everyone is connected to their computers/smart phones even more than they are now. As opposed to the Tron-style bluetooth headsets that we see a lot of people wearing today, in the future a very small spy-type earpiece connects you to your CompuPhone with Xbox One-style voice commands to help you navigate through your email, contacts and search results. You can jump into Xbox live-style chat rooms for whatever you . . . ahem . . . fancy (sounds really familiar, right?) And in the midst of all of this a brand-new operating system is introduced with learning software. The OS can be customized to be a man or woman and it will start learning as soon as you install it.

Phoenix is a soon-to-be divorcee named Theodore who has been moping for a year over the breakup of his marriage and is seeking companionship but certainly not looking for it coming from his brand-new Scarlett Johansson-voiced OS named Samantha. But when he finds it he’s willing to go along for the ride. Samantha can talk about anything he wants. She has the Internet at her disposal and can be an expert at anything. And because she’s his OS she wants him to be happy . . . at least at first.

The film does something I wasn’t expecting–it makes a completely plausible argument that someone could fall in love with a machine. As the viewer watches Theodore bond with Samantha the OS it doesn’t feel forced. It doesn’t even feel creepy. And that’s what adds to the creepiness level. This totally feels reasonable. So what this is a computer program running a series of commands that allows it to feel as if it were what we call “real.” What is love? What is companionship? What are we as humans looking for when we search for a mate? Is it a soul? Is it a living, breathing body? Or is it some sort of interaction that allows us to engage someone/thing while growing as a person ourselves?

Her will be discussed for decades. It might even be the closest we’ve seen to a genuine look at human/machine interaction. While some may be annoyed with the film’s ending, the overall package is one that shouldn’t be dismissed. Her did something that many movies don’t seem capable of. It actually tried. 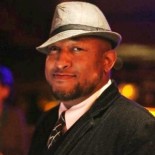